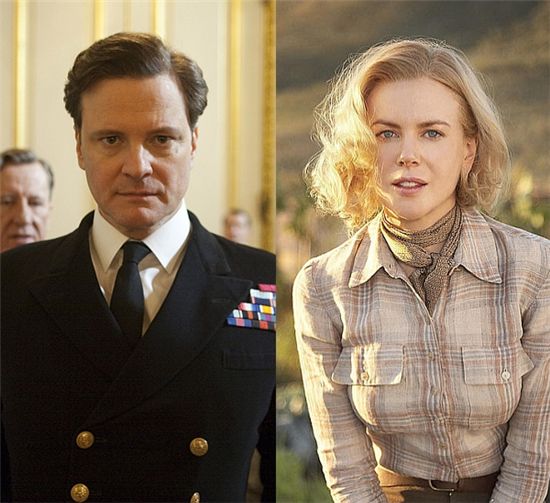 According to various international reports including U.K's The Daily Mail on Monday, Nicole Kidman and Colin Firth will play the leads in the upcoming movie titled "Stoker," written by actor Wentworth Miller from U.S. TV series "Prison Break," alongside Australian actress Mia Wasikowska.

"Stoker" tells the story of a vampire uncle (played by Firth) who visits a mother (played by Kidman) and a daughter (played by Wasikowska) after the death of Kidman's husband.

Nicole Kidman is best known for her roles in the films "To Die For (1995)," "Moulin Rouge! (2001)" and "The Hours" for which she won the Award for best actress, a BAFTA Award and a Golden Globe. She recently starred in the movie "Rabbit Hole" opposite Aaron Eckhart.

Colin Firth became a household name after his portrayal of Mr. Darcy in the television adaptation of "Pride and Prejudice (1995)" and has since appeared a score of films including "The English Patient" "Bridget Jone's Diary" and "Mamma Mia!" He recently took home the best actor award for his role of King George VI in "The King's Speech."

Park is the helmer of critically acclaimed pic "Oldboy" starring Korean actors Choi Min-sik and Yoo Ji-tae, about a man who is locked in a hotel room for 15 years without knowing why and ploting revenge upon his release and finds himself trapped in conspiracy, violence and falling in love with an attractive young chef.

It was about a man who begins fishing in the morning while not catching anything till night when a young woman in a white funeral dress appears, calling him.