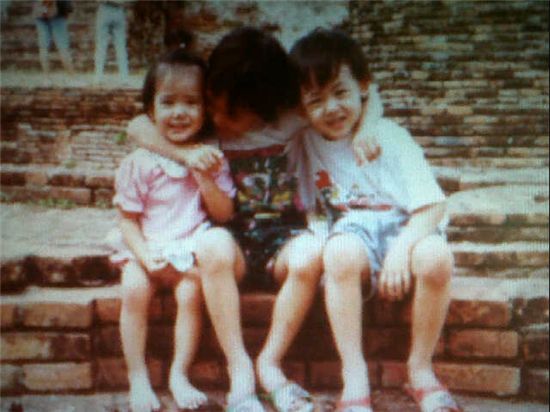 
Thai-American heartthrob Nichkhun has posted a photograph of himself with his siblings on his official Twitter account.

On Monday, the 22-year-old singer uploaded a photograph of himself and his older brother and younger sister with a comment saying, "=] this was before @zherleen (referring to youngest sister) was born! Miss the old times...T.T."

Fans who have seen the picture have left responses saying, "Little Khunnie! You are so cute!," "Cute siblings" and "Aw kawaii."

Discovered and trained by major talenthouse JYP Entertainment, Nichkhun made his debut as the rapper of the now six-member boy band 2PM.

Known for their hit songs "Heartbeat" and "Again and Again," the group is preparing for their comeback to the local music scene later this month.

Meanwhile, outside of his singing career, Nichkhun has made various appearances on entertainment programs in Korea. He is currently starring in MBC's "We Got Married" opposite f(x) leader Victoria.