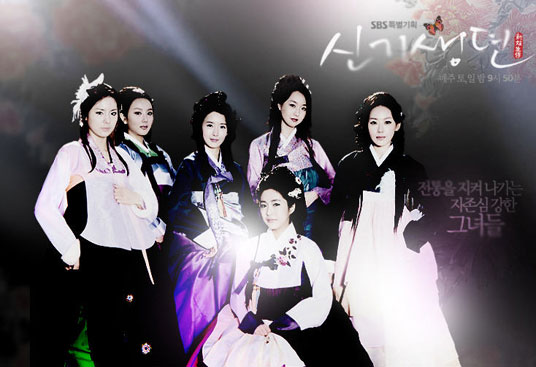 "New Tales of the Gisaeng" covers the love, sadness and pain of people around a gisaeng house, where only VIPs can enter.

Dan Sa-Ran majored in dance while attending college. She is beautiful. Her mother died when Sa-Ran was still young and her father remarried. Dan Sa-Ran comes from a poor family, but she keeps her dignity around friends who come from rich families. By chance, she meets Da-Mo and likes him, but doesn't tell him because of her poor background. A head gisaeng at Buyongkak recommended to her to become a gisaeng.

Ah Da-Mo (Sung Hoon) takes business administration training at his father's company. He does not get along with his father. Da-Mo's father show affection only towards their pet dog. Da-Mo is cocky and tends to look down on woman. By chance he meets Dan Sa-Ran and their relationship begins.

Note:Original air date was January 22, but due to the Secret Garden Special, both episode 1 & 2 will air on January 23.