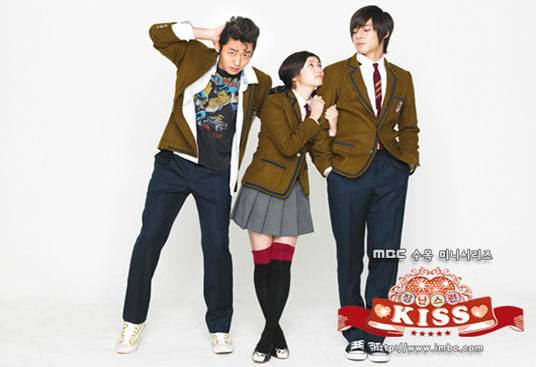 SS501 member Kim Hyun-joong has been cast as the male lead in the MBC drama "Mischievous Kiss" (written by Ko Eun-nim, directed by Hwang In-roi and Kim Do-hyeong), which will begin airing from September.

According to a spokesperson for his agency Keyeast on July 16, Kim Hyun-joong will play the male lead named Paek Seung Jo in the drama. The character he will play is a handsome genius boy who can learn anything one hundred times faster than others.

In the original Japanese comic book, the name of the character was Arie Naoki.

Production director Hwang In-roi revealed reason why he cast Kim Hyun-joong for the role by saying, "Kim Hyun-joong has an appearance that looks like he just came out of the romance comics and he also has purity in his mind, so he is very suitable for the character Paek Seung Jo".

SS501 member Kim Hyun-joong starrer "Mischievous Kiss" will air in Japan starting December, according to the show's producer on Tuesday.

Park Rae-hyun, in charge of the PR & Promotions team at production company Group 8, told 10Asia over the phone that cable music channel Mnet Japan will broadcast the TV series twice a week in about three months time although additional details have yet to be set.

Park also added that several other countries in Asia are "actively showing interest" in the drama which has been garnering much hype since its casting stages due to its heartthrob male lead.

Kim, already famous as the leader of his popular five-man band and at the height of his career after starring in last year's hit drama "Boys over Flowers", will play the role of Baek Sung-jo, the all-around Mr. Perfect-type character who ends up falling in love with a girl always getting into trouble, to be played by actress Jeong So-min.

Famed director Hwang In-roi will helm the show based on Japanese comic series "Itazura na Kiss", which sold over 27 million copies in Japan and has been made into animation in Japan and a top-rated television drama in Taiwan.