MGMT Live In Seoul coming up in April 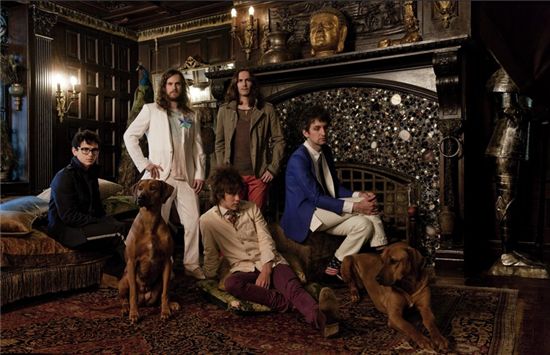 
MGMT is set for a concert in Korea in April, according to the show's organizer VU Entertainment.

A press release by VU explained that MGMT, an American neo-psychedelic rock band, will hold a live performance at the AX Korea Concert Hall in Seoul on April 1.

The rock band composed of Benjamin Goldwasser, Andrew VanWyngarden, Matthew Asti, James Richardson and Will Berman was showered with much acclaim since the release of their debut album Oracular Spectacular in 2007 which immediately had the group labeled "Artist of the Day" by Spin.com.

The album itself reached No.1 on Billboard's Top Heatseekers chart and other major music charts that reflected the groups success.

The following year, top music magazine Rolling Stone also included the group in the top 10 of Artist to Watch list and they were later nominated for the 2010 Grammy Award for Best New Artist and Best Pop Performance by a Duo or Group with Vocals.

Their second album Congratulations released in April, 2010 also received good reviews being placed on top slots of various music charts in both the United States and the United Kingdom.

The group is also known for producing background music to numerous TV shows including Skins, "90210, Gossip Girl, The Vampire Diaries, Saturday Night Live and Late Show With David Letterman among others.