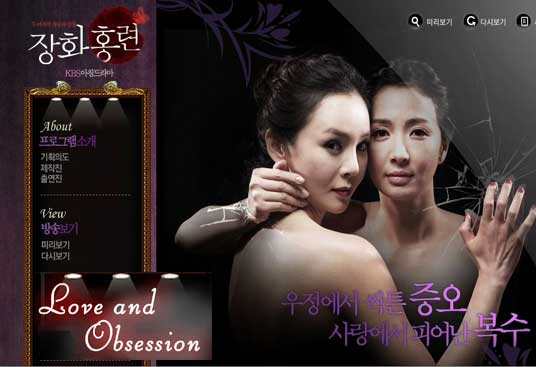 Inspired by the true story of a daughter-in-law who abandoned her dementia-stricken mother-in-law on the street, the drama depicts love and hatred in a family centering around a woman (Janghwa) who abandons her mother-in-law and another woman (Hongryeon) who takes care of the abandoned mother-in-law.

Janghwa is the woman who gets everyones attention and love with her gorgeous appearance. She had a perfect marriage and enjoys her luxurious life. She only concerns and cares about herself, and shes not changed after she got married.

Hongryeon, the deprived single mother, has a dream of having a happy family of her own, but this modest hope is not easy for her. Nevertheless, Hongryeon is an energetic and optimistic person who lives her life to the fullest.

The two very contrary women confront each other, as Janghwa abandons the mother-in-law and Hongryeon starts to look after her.