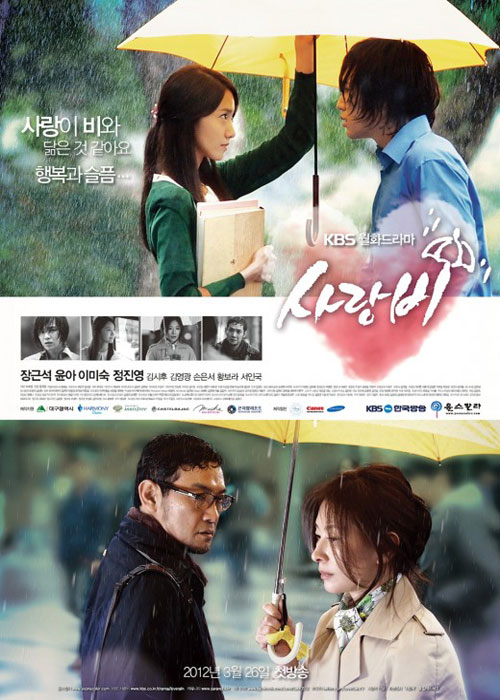 This korean drama, Love Rain, shows a 1970's pure love and also a present day love. It shows how the offsprings of a previous ill-fated couple, who met in the 1970s, managed to meet and fall in love.

Seo In Ha (Jang Geun Suk) and Kim Yoon Hee (Yoona), a art student and a shy beauty, met and fell in love with each other during college in the 1970s but unfortunately their love was fated to never be.

Will their love for each other keep them together? will they have to face the same fate as their parents??

- The Japan's Pony Canyon, a subsidiary of Japanese Media Group Fujisankei Communications Group, has bought the broadcasting rights for 'Love Rain' ahead of its premiere in Korea (Source).

- "Love Rain" is being featured at an annual international entertainment event in Cannes, France which Held from 1/April/2012 to 4/April/2012.

- "Love Rain" has been sold to twelve different countries and regions.