Korea established its first film awards ceremonies in the 1950s, as the film industry began its post-war recovery.

The Grand Bell Awards Only a few of Korea's awards ceremonies boast a long history. Korea's longest-running film awards are the Grand Bell ("Daejong") Awards, which were first established in 1962 by the Ministry of Culture and Information. Although it underwent some changes in format in the late 1960s and has missed a few years here and there, popular opinion recognizes the government-sponsored event as the most prestigious - or at least the best known - of Korea's awards ceremonies. The Grand Bell's biggest rival is the privately-financed Blue Dragon ("Cheongryong") Awards, which were launched in 1963 by the Chosun Ilbo newspaper but later disbanded in the 1970s. In 1990 the Sports Chosun newspaper revived the awards, and they have been held every year since. The hosting of the Grand Bell Awards in the spring and the Blue Dragon Awards in December tend to draw the most local press coverage.

A sampling of other awards ceremonies that currently exist include the Baek Sang Art Awards (run since 1965 by the Hankook Ilbo newspaper; covers film, TV, and theater); the Critics Choice Awards ("Yeongpyeong-sang," established in 1980 by the Korean Film Critics Society); the Chunsa Film Art Awards (founded in 1990 by the Korea Film Directors' Society and named after the pioneering Korean filmmaker Na Un-kyu); the Pusan Film Critics Awards (founded in 2000 by the Pusan Film Critics Association); the Directors' Cut Awards (launched in 1998 by director Lee Hyun-seung, based on voting by young directors); and the Golden Cinema Festival ("Hwanggeum-chwalyeong-sang," launched in 1977 by the Korean Society of Cinematographers).

As with Korean filmmaking in general, the various awards ceremonies have become a site of both political and popular contention over the years. Past military governments have taken an active interest in the awards ceremonies' ability to influence popular opinion. For many years the Grand Bell and other major awards ceremonies presented a special "Anti-Communism" prize for the feature that best depicted the evils of communism. Other films with political themes were barred from eligibility, one example being the 1981 film adaptation of the novel A Small Ball Launched by a Dwarf (pictured below left). Although the film was a critical favorite and considered a front-runner for the Best Picture prize, on the day of the awards ceremony it was removed from eligibility due to pressure from the new military government.

In recent years, different kinds of controversy have surfaced, such as accusations of vote-buying and corruption in the late 1990s. The Blue Dragon Awards has also been hindered by its association with corporate parent the Chosun Ilbo, one of Korea's most conservative right-wing newspapers. Several film companies, notably East Film which produced Oasis (2002), have refused nominations to protest against the political stance of the Chosun Ilbo. From the early 2000s, strong viewer objections to the awards ceremonies' choices have also caused controversy. The Grand Bell Awards in 2001, in which the little-watched A Day won Best Director and Best Actress, drew particularly fierce outrage from viewers, leading to the resignation of the organizing committee and a new nomination system that factors in the opinions of ordinary viewers (for better or for worse). A public opinion poll held in July 2004 was telling: when asked which local film awards ceremony they most respected, the greatest number of respondents (30%) answered "none." The Baek Sang Art Awards (18.7%), Grand Bell Awards (18.7%), Blue Dragon Awards (14.8%), and Critics Choice Awards (11%) each claimed moderate levels of support.

Judged by these criteria, Korea's established film awards ceremonies fail the test of usefulness. Throughout their history, government interference and organizational mismanagement have resulted in a list of awardees that owe as much to personal/political connections as to artistic achievement. The Korean public seems to recognize this, and the awards ceremonies - though followed on TV and covered in the press - have nowhere near the influence on ordinary viewers that awards in other countries do. 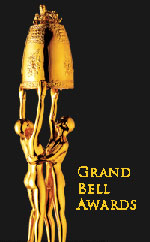 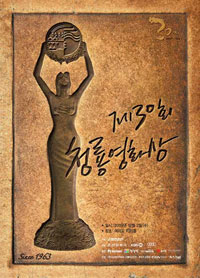 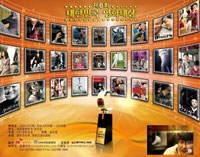