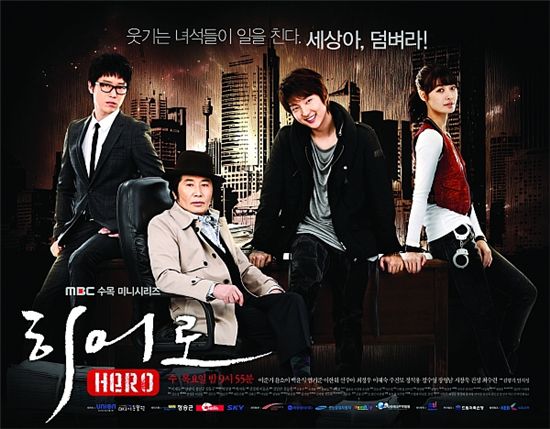 MBC TV series "Hero", starring top Korean actor Lee Jun-ki, has been sold to five countries in Asia, according to an official with the drama's producer on Monday.

"I think 'Hero' was appealing in that it is a cheery and bright drama with a meaningful message in times like nowadays when Asia overall is in an economic slump," the official said of the drama sold to Japan, Hong Kong, Singapore, the Philippines and Malaysia.

The Wednesday and Thursday prime time show had gained much attention ahead of its production on news that the 27-year-old Hallyu star would lead the cast, also composed of his co-star Yoon So-ji and veteran actor Baik Yoon-shik.

Famed Japanese distributor Digital Adventure had purchased rights for the drama in November last year upon seeing its initial script.

Lee, who became a household name in 2005 playing a woman-like clown in the hit film "The King and the Clown," has a strong fanbase throughout Asia and was recently voted the most popular Korean Wave star in China.

He plays the role of a passionate reporter working for a third-rate magazine in the drama, about a group of youngsters who rebel and fight against a corrupt society.