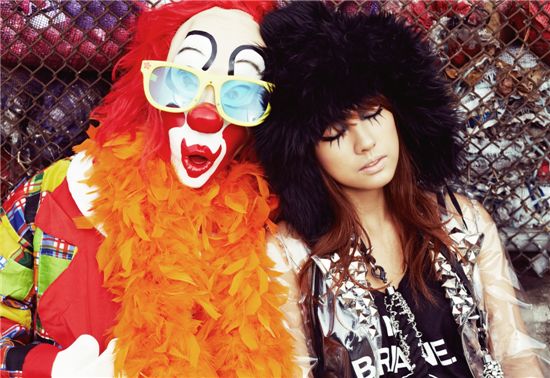 The singer revealed her latest song and its music video through Mnet website and portal site Naver yesterday, prior to the record's official release on April 8.

She had posted a message on her fan cafe last month, explaining that the new album is "full of the kind of music that I really like and wanted to make."

Lee, 30, debuted in 1998 as a member of popular girl band Fin.K.L. and went solo after the group disbanded in 2002. She has released three studio albums as a solo artist, producing several hits including "10 Minutes", "Hey Girl", "Get Ya" and "U-Go-Girl".

She has also branched out to acting, hosting and appearing on variety shows, most notably on the first season of SBS' "Family Outing".