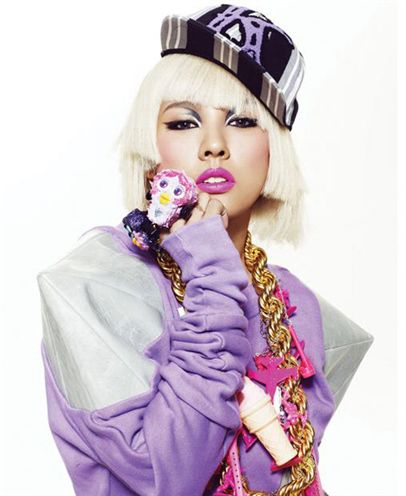 Singer Lee Hyori's album will be released today, a day earlier than announced last week, according to her agency Mnet Media on Monday.

Mnet decided to pull up the date from midnight on Tuesday to 11 a.m. today, after the title song to her new album "Chitty Chitty Bang Bang" got leaked on video website YouTube over the weekend.

A 30-second teaser video to the song from the Korean pop phenom's fourth full-length album "H.LOGIC" had been released Friday, following the release of song "Swing" the previous week, also from her upcoming album.

Mnet added that the music video for "Chitty Chitty Bang Bang" will also be unveiled today although the hard copy of Lee's albums will have to go on sale starting tomorrow due to issues over distribution.

Lee, 30, debuted in 1998 as a member of popular girl band Fin.K.L. and went solo after the group disbanded in 2002. She has released three studio albums as a solo artist, producing several hits including "10 Minutes", "Hey Girl", "Get Ya" and "U-Go-Girl".