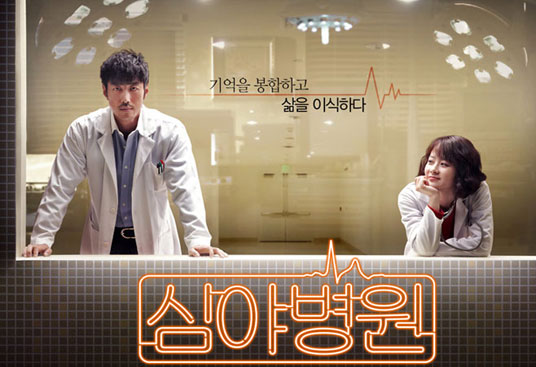 This is an omnibus korean drama created by 5 Directors who takes charge of directing 2 episodes each. This drama deals with incidents taking place at a late-night hospital, featuring a surgeon who is trying to catch his wife's killer.

Heo Joon (Yoon Tae Young) is a doctor. His wife was killed by an unidentified man right in front of him. Since the murder, he quit his job at a university hospital and searches out for his wife's killer. He opens a secret late night clinic to capture the killer. Hong Na Kyung (Ryu Hyun Kyung) is a surgeon at Heo Joon�s clinic.