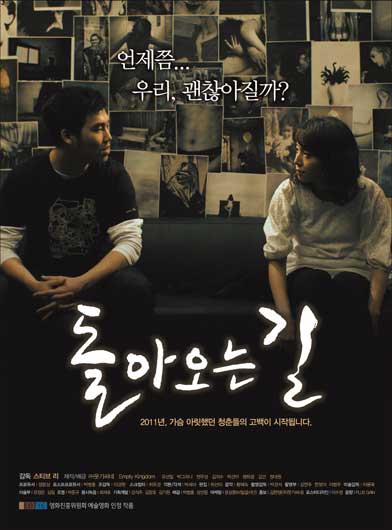 "Are you the only one who lost a friend? We lost one too and we're all going through the same thing!" The growth of lost youths after losing a precious friend!

Seon-il leaves on a trip with the shock of having lost a friend in an accident and returns to his friends a year later. However, Seon-il is very much like the dead friend. They just watch him without a word. Their friendship isn't like before and feels risky. One day, love finds Seon-il. He experiences the sweetest times of his life through Ji-soo but due to an unexpected incident everyone feels unfamiliar!


The Way Back Trailer