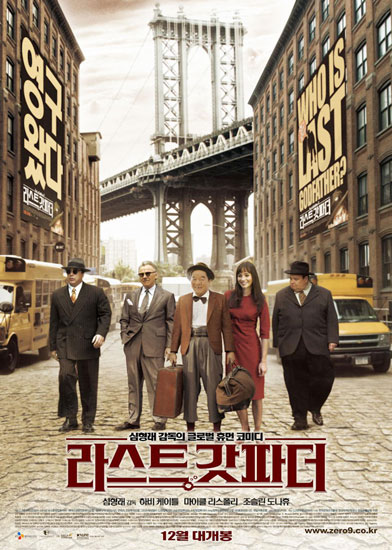 "The Last Godfather" is a coproduction between South Korea and the USA. Famous comedian and film director Shim Hyung-rae returns with his latest Hollywood film, this time a comedy. In the 1950s in New York, Mafia boss Don Carini (Harvey Keitel) suddenly brings his lovechild Young-gu (Shim) from Korea, who seems mentally impaired, to train him as his successor. He keeps disappointing everyone by behaving strangely, but finally manages to win the hearts of the gang. However, the mafia's rival refuses to let him take over.