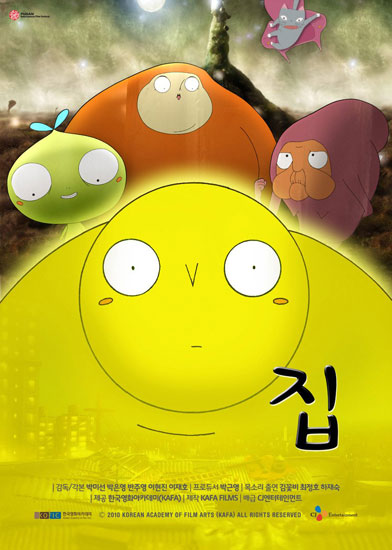 The Korean Academy of Film Arts has produced an animation for 3 consecutive years through a collaborative project. Considering the severe reality of Korean animation in that it lacks an industrial infrastructure, "The House" demonstrates the possibilities of Korean animation and the efficiency of collective production.

While comparing apartments in the downtown core to the shabby environment of a marginalized district, "The House" portrays the collapse of the spirits dwelling at the house. As such the adventure of Ga-young and the spirits in the house becomes a criticism of modern society: enlightenment via animation. Although this animation may not have the most delicate or original style, the 5 animators that worked on this film unleashed their imaginations, ultimately showcasing the power of a collective process and a pleasure of the collective imagination. (LEE Sang-yong)