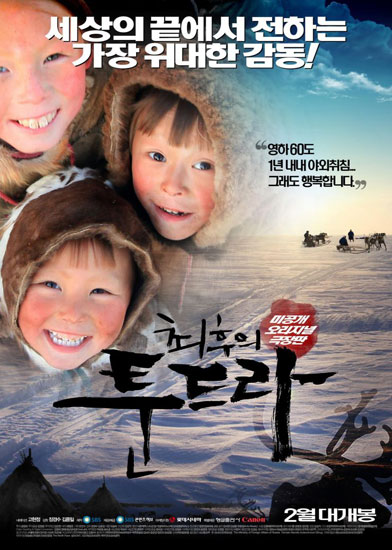 A special documentary for SBS 20th anniversary, "The Final Tundra." Shown in theaters, it's a project that holds the life of reindeer nomads in the great nature of the Tundra area, on the very forefront of Siberia, the first land after that North Pole that doesn't easily allow human footsteps.