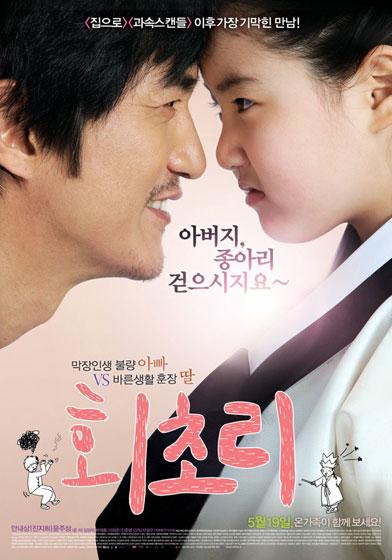 A Joseon-style school in Gangwon Province doubles as a boot camp for social misfits. One of the teachers, Song-i (Jin Ji-hee), is only 12 but is well-versed in Confucian classics and exhibits charismatic leadership. She faces the greatest challenge ever in her teaching career, however, when a criminal Du-yeol (Ahn Nae-sang) turns out to be her father. Directed by Park Kwang-woo.