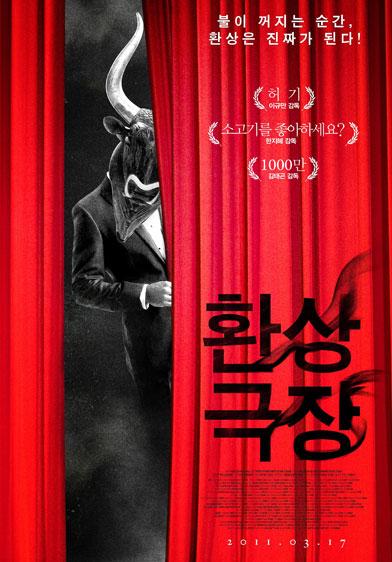 'The Famished' is directed by Lee Kyoo-man

'The Loneliness of Butcher Boy' is directed by Han Jihyeh

It has been one hundred years since the first movie theatre was built in Korea. Today it is not just a place for the sake of art but a part of our daily lives. This is an omnibus film of three shorts, which the stories are involved with the special but friendlyspace. The Famished is a sad fantasy of a man eating his memory for his hunger. Ten Million is a bloody thriller about living as a filmmaker in Korea, and The Loneliness of Butcher Boy is about the relationship between holiness and violation.