Mother Is a Whore 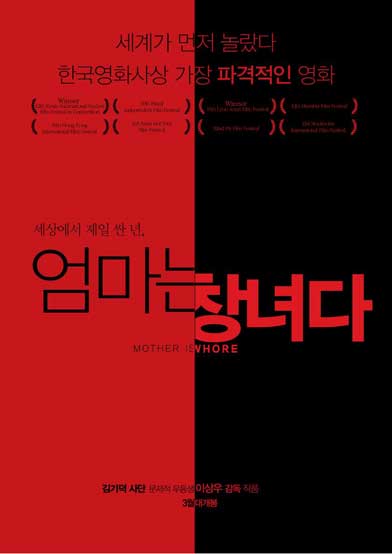 Staggering, with a disabled boy on his back, 38 years old single AIDS infected Sang-woo heads for a shack on the outskirts of Seoul that has the cheapest whores. Pushing in customers, he calls his mom. The person he loves the most, who is going to be attending to the customers, is his mother, a whore.

The mother had to become a whore at the age of sixty and the son had to be the pimp selling her around. As difficult as it might be to understand their relationship, that was what his father had left behind. It seems as though Sang-woo's father is living a normal life with a younger woman. However he is living with a religious fanatic wife Hikikomori, son Hee-cheol, adrift daughter Hee-soo and still hurting them too, like before.

Filled with sympathy for a mother who has to sell herself, obsession about his AIDS and rage for his fatherSang-woo makes a decision.

Mother Is a Whore Trailer