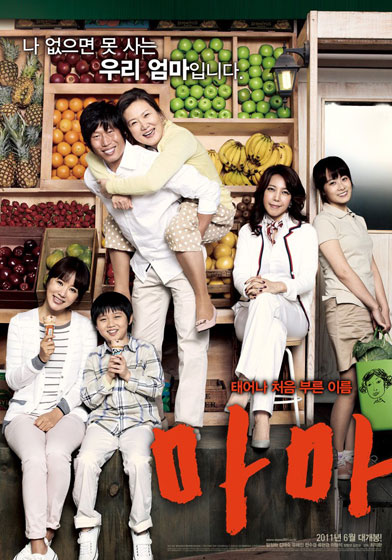 Motherhood is a popular subject for many filmmakers, including director Choi Ik-hwan, who is making his directorial debut with this omnibus film.

The film consists of three stories about mothers and their children. The first story is about a mother (Uhm Jung-hwa) who devotes her life to taking care of her son (Lee Hyeong-seok), who suffers from a chronic disease.

When the son, who can barely walk, realizes his mother has also fallen ill, he decides to care for her as she has done for him. The second story depicts the troubled relationship between a mother and daughter. The mother (musical theater actress Jeon Soo-kyeong), the top soprano in the nation, is far from a typical devoted Korean mother and always wants to be pampered.

Her daughter (Ryoo Hyeon-kyeong), a high school dropout whose experience has been the opposite of her mothers, works as her manager. The two are always fighting and struggle to find a way to navigate their relationship. The third episode centers upon a gangster (Yoo Hae-jin). When he hears that his mother (Kim Hae-sook) has been diagnosed with breast cancer, he strives to fulfill his mothers wish to reunite with her first love before she dies.