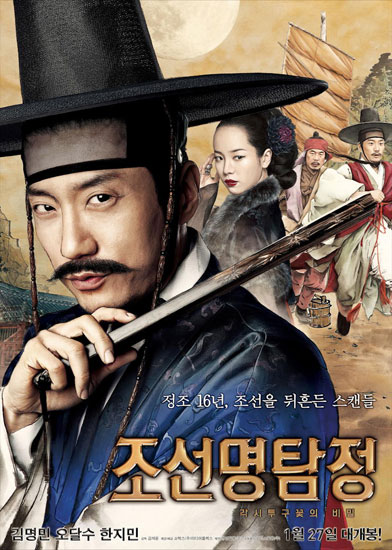 Also known as "Joseon Detective", "Detective K : Secret Of Virtuous Widow" Synopsis Detective K tells about the adventures of Joseon's top detective (Kim Myeong-min) as he investigates, as ordered by the King, a series of mysterious murders that is plaguing the country. During his secret mission, he meets Han Seo Pil (Oh Dal-soo) who eventually becomes his sidekick, and Han Gaek Ju (Han Ji-min), an influential business woman who is a key figure in the case. As they dig deeper into the mystery, they uncover disturbing secrets that link the murders to a massive conspiracy that will shake the whole nation of Joseon.