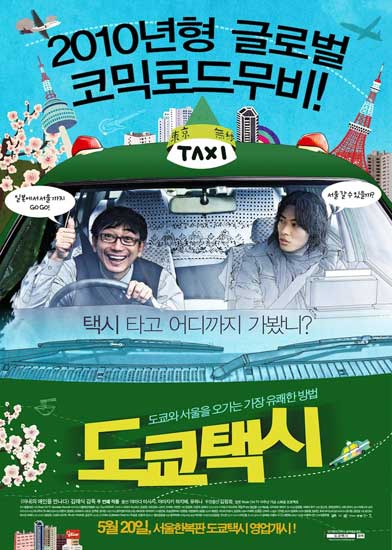 Tokyo Taxi is a co-production between South Korea and Japan. A four-member Japanese rock band has a concert date in Seoul. But RYO, the lead singer, is deathly afraid of planes. To appease his bandmates, Ryo agrees to take a water taxi from Tokyo to Seoul, leaving behind his ramen noodle shop where one particular female customer comes to eat every week. YAMADA, a water taxi driver, was on the verge of running away from his home when he encounters an unlikely passenger in Ryo. Yamada who lives by the motto of The customer is king decides to ferry Ryo to Korea. When Yamada and Ryo cross the sea and dock in Pusan, they are met with great fanfare. As Ryo, a perpetual loner, and Yamada, who regrets abandoning his wife back in Japan, journey across Korea, they must rely on each other, and, in the process, discover