There is a Reason for My Misery 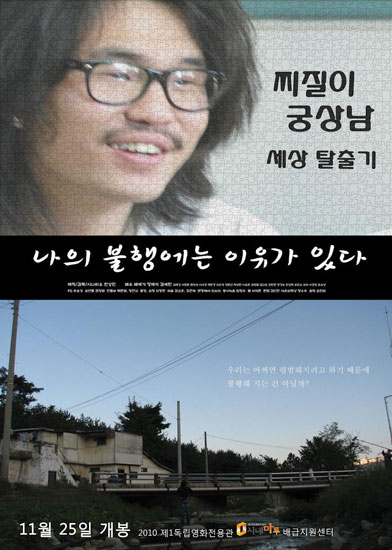 The girlfriend, who has been in a relationship with Je-gi for 2 years, suddenly wants to breakup with him. Je-gi, who has nowhere to go, impulsively steals money from the store he works for. He has to return the money to the owner, but the owner asks for a higher amount than what Je-gi stole. His friend Jae-sik, pays back instead of him, but Jae-sik wants his money by tomorrow. Je-gi has to pay back that money... Intention of this drama For all the situations, assailant and victim are divided. We want to show an uncertain limit of victim and assailant. As time passes, people want to live ordinarily. But as we live normally, arent we becoming unhappy? We want for people to feel happy and satisfying with their lives after they watch Je-gi, and the ending of the drama.