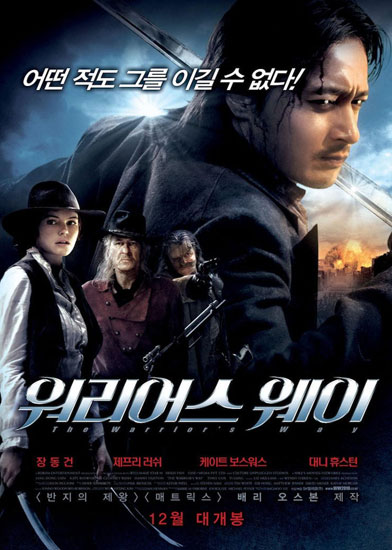 Previously known as "Laundry Warrior" "The Warrior's Way" is a co-production between South Korea, New Zealand and the USA. Synopsis: After a lifetime of training in martial arts and swordsmanship, Yang has eliminated all but one of his clan's enemies -- an infant whose smile instantly melts his heart. Unwilling to kill her and unable protect her from his own deadly tribe, Yang takes the baby girl and flees, planning to seek refuge with an old friend living in Lode, a frontier town in the American West. He arrives to find that his friend has died and the once-thriving Gold Rush town is in shambles, inhabited only by a few dozen eccentrics including Lynne, a beautiful, spirited knife thrower-in-training, and Ron, a worn-out drunk. In order to make a safe home for the child far from the reach of his murderous clansman, Yang decides to stay on as the town's new laundryman, sealing his sword for good.