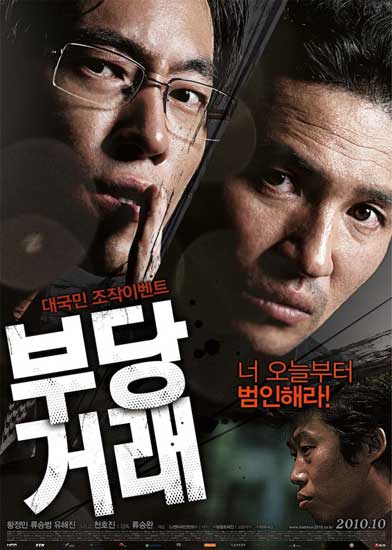 A serial killer targeting elementary school students is on the looseand 5 victims means even the president gets involved in the investigation. When the most probable suspect dies in custody and the case looks like its reached a dead end, high ranking police brass decide to create a killerand anyone will do. Though Detective CHOI Cheol-gi boasts an incredible number of arrests over his career his rank never showed it. He was framed and demoted for another crime and decides that this is his last chance at professional redemption. He makes a deal with mob boss JANG Seok-gu, who he has been investigating, and together they decide to set up one of the existing suspects as the serial killer. The only hurdle in their plan is public prosecutor JU Yang, who takes on the case. JU himself had been involved in a deal with the boss of a rival criminal organization, and President Kim wants CHOI dismissed from his position. When the secret deals and back alley agreements start to come to light, it only serves to drag CHOI, JU, JANG, and KIM deeper and deeper into a dark hole of questionable ethics and abuse of the law.