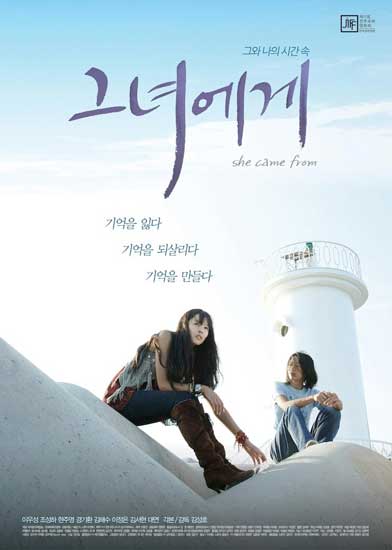 Director In-soo (Lee Woo-seong) visits Busan to cast the lead actress for his movie, and Dong-yeon (Han Joo-yeong) is in town to see his daughter for the last time before he becomes completely blind. Meanwhile, In-soo meets Hye-ryeon (Han Joo-yeong), whos on a trip to recover from her past memories and decides to rewrite his story based on her story. And as he rewrites the movie script, the story of Dong-yeon, whos looking for his daughter, and Hye-ryeon, who's trying to forget about her past, start to fit together.


She Came From Trailer