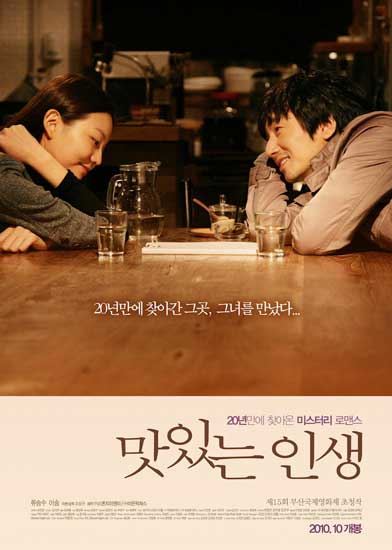 This stifling life, all I want to see is an open view of the sea. Representative Jo is famed in Chungmuro for ruining every single movie that he makes. On the last Friday of November, he escapes to Gangneung just to see the sea. While wandering around in the beach, he meets his fan who recognizes Rep. Jo first; for Rep. Jo she looked strangely familiar. Rep. Jo told Min-ah, the girl, that he is visiting Gangneung to make a new scenario, and then ask her to guide him in Gangneung. One night romance, which happened 20 years ago... Rep. Jo looks around with Min-ah for famous restaurants and old village that was in Rep. Jos memory. While hanging out with villagers that Min-ah knows, Rep. Jo recalls a memory of 20 years ago in Gangneung. At that time, he recognizes that Min-ahs mom is a girl that he hit on as a vacation romance. Then he is afraid that Min-ah might be his daughter. On the other hand, Rep. Jo gets a feeling that he never felt in Seoul such as comfort and relaxing. As the time come for Rep. Jo to leave, he tries to tell the truth about what happened back to 20 years ago. But he hears a shocking confession from Min-ah. Will Rep. Jo tell the truth to Min-ah?