Rolling Home with a Bull 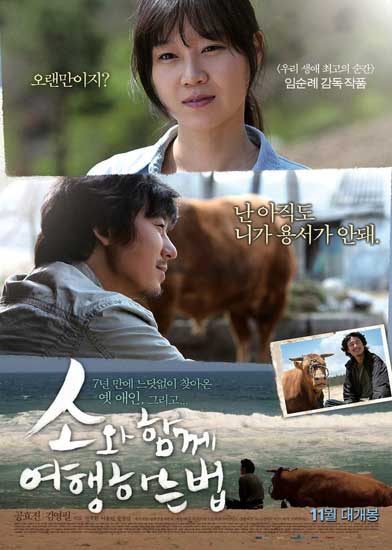 Formerly known as "How to Travel with a Cow" A bachelor poet lives in a remote area of Kang-won province. He goes to sell a cow but the price is too low. He gets a call from his former lover, who married his friend seven years ago. His friend has died, and she asks him to come to the funeral. He goes to the funeral with the cow. The man, the girl, and the cow leave on a journey. Production note: The film is based on the original novel by Korean author Kim Doyeon. Despite his father's objections, an old bachelor and poet takes his cow to a cattle market. He fails to sell his cow and starts a journey to visit cattle markets across the country. On the road, he hears the news of a friend's death. His dead friend and the dead mans widow used to be his best friends. So he and his cow continue their journey with the widow. The cow, which is a vital Buddhist symbol, represents a life of seeking the truth. In the film, the cow embodies friend, wife, karma, and even an image of Buddha. As life has its ups and downs, the main character is locked up at a police station overnight after his father reports him as a thief. The journey with a cow illustrates a life in search of the truth, and director Lim succeeded in describing an attractive life in her relaxed touch. (LEE Sang-yong)