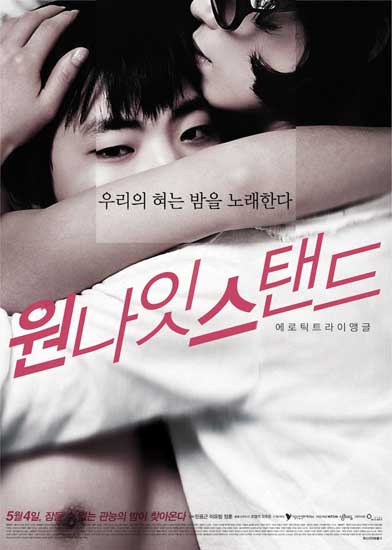 Episode 1 A young man sits on a stairway of an apartment every night. He often eavesdrops on a house where a college girl lives. A woman lives in the same apartment, and she watches the man every night. Episode 2 A newly married couple goes on a trip to a mountainside cottage with other couples. The husband tries to have sex with the wife, but she rejects him. At the same time he feels strangely drawn to the girlfriend of his friend. On the morning of their return, the husband catches another couple having sex, and is gripped by a strange feeling of jealousy.

Episode 3 Jean-Claude Romer, a renowned movie critique from New York, came to Korea to attend a film festival. His taste for Korean culture is well known, especially for soy-bean-soup (Jang-Guk) and shopping in old markets. But nothing fascinates him more than the Korean-style scrub-massage. Mr. Romer visits Jin-young, the scrub-masseur of his choice, and after a good massage, he spends the evening with Jin-young for the first time.