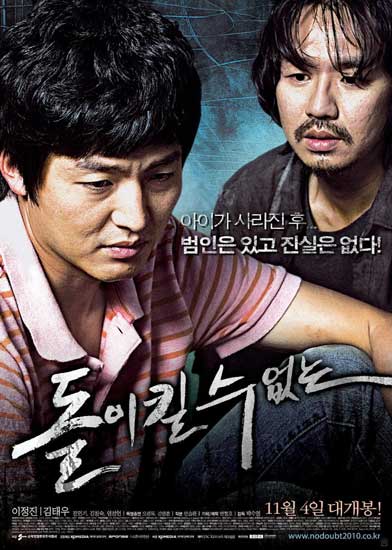 A family moves into the suburbs of Gyunggi-do. A while later a girl named Mi-rim goes missing and chaos takes over the village. Mi-rims father searches for his daughter and while visiting the police station he stumbles upon a criminal record from one of the family members that just moved. Mi-rims father and the villagers threaten and pacify Sejin and his family. The film follows the genre conventions of a thriller yet it also contains peoples prejudices and oppression. Sejins past record as a convict rids him of his individuality and his sister is on the brink of losing her job as a kindergarten teacher. The film questions what is true violence. The result, violence does not just include person to person, but can be silent brought on by a community that leads to a sacrifice of an individual. Such is the typical mechanism, murdering individuality through the violence of a group. (LEE Sang-yong)