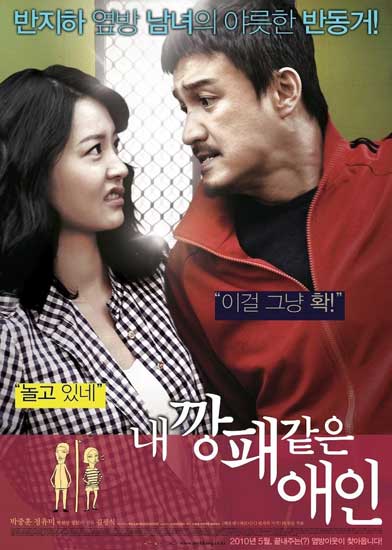 Previously known as "My Girlfriend as a Gangster". Dong-chul can't fight at all, but he's a gangster who can talk. He can't show off his skills as well as before, but his spirit is still alive. But the girl who seems nice on the outside moves next door, and she doesn't feel threatened by him. If he calls her "the girl next door," she gets defensive. But for some reason, he wants to be nice to her! Se-jin has put herself out on the job market. She has big plans and got the semi-basement room.

But a gangster who doesn't even look like one lives next door. This man calls her "the girl next door" as if he knows her. The gangster that talks too much. She doesn't hate him! A gangster with no charisma, and a very charismatic woman. Their lives together as they head off daily!