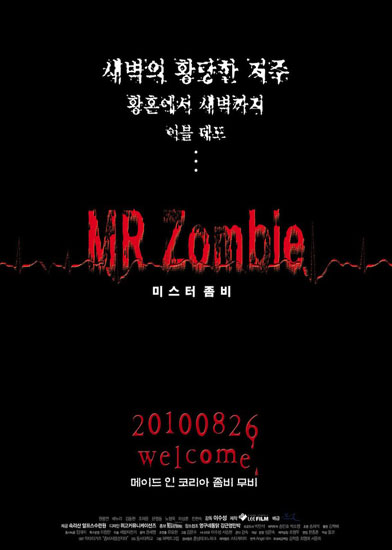 Young-cheol loses his job and moves to a quiet town and works at a chicken restaurant. He has received reminders for bills and he's a living zombie. His wife tells him to bring money, his daughter is embarrassed of her father, but when he thinks of his daughter in a wedding dress, he can't help but smile.

A regular guest at his restaurant is a young man who is jobless. He always eats on credit. One day, his mom gets mad at him for not having a job and he bites his mom's arm. After this, everyone in town becomes weird. Young-cheol gets bitten and becomes a zombie too...

His bothersome wife, failure in investments...
But So-ra asks Young-cheol to be her nude model, and he accepts.
He feels like a man again, and So-ra feels something more for Young-cheol, who understands her.

He got a loan for his daughter's tutor fees.
The loan sharks kidnap his wife and daughter to threaten him to pay back his money. For his hurting family, he prepares to fight against them. What kind of things will he do to fight against the evil in the world?