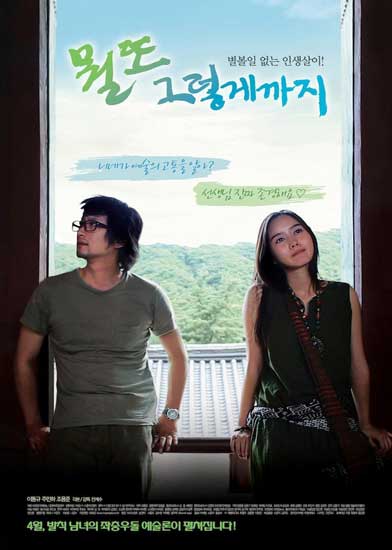 This film follows a trip to Chuncheon. It is the second feature from director JEON Kye-soo and an interesting repetition of HONG Sang-soos film, and shows the cinematic impulse of JEON Kye-soo.

He is indeed an audacious director. The relationship between a painter and a female college student who follows him would be considered very traditional and cliche. The college student believes that she will be filled with artistic inspiration when she sleeps with the famous artist. The painter is mad at the student yet he plays along with her due to sexual temptation. The film calls it "bad impulse." However, the bad impulse itself is not a bad thing. That same bad impulse sometimes leads a human into the temptation of art and sometimes provides the moment of truth in the throes of lust.