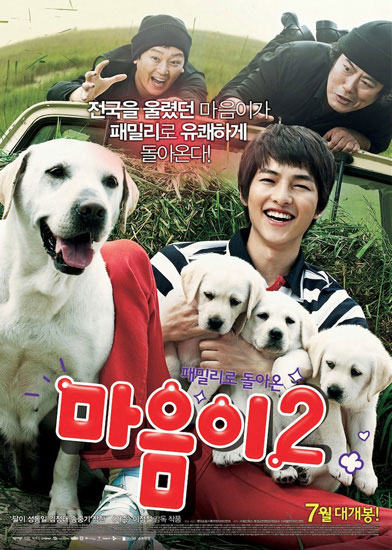 "Heart Is" told about two children living together with their precious dog named Maeumi (which is the literal title of the movie). It was a heartwarming story which was full of inspiring things to our children.

However, the sequel offers likely a different feeling. "Heart Is" looks more silly and fun show. Of course, the puppy movie isnt complete without the team of dognappers which will be played by Korean actors Song Dong Il and Kim Jung Tae.