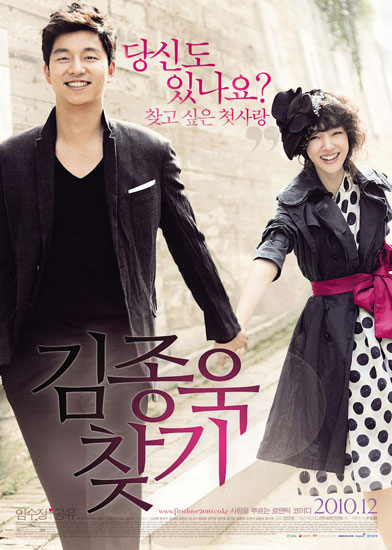 Alternative title : "Looking For Kim Jong Wook", "First Love" Synopsis "Hello, this is the 'First Love Office' where people can request to find their first love." Han Ki-joon, the man with 2:8 ratio parted hair, slim body and inflexible character who always look before he leap, got fired from his company, mainly due to his 0% flexibility. He accidently finds a clever founding item, which is a job which finds people's first loves. He opens 'First Love Office' only with passion toward people's move. "My first love is Kim. Jong. Wook...." Suh Ji-woo, was proposed by her present boyfriend. But even her father, her only parent who leaves everyday with hope of his daughter's marriage, she refuges her boyfriend's proposal. Inside of her they is a person named 'Kim Jong-wook' who she can never forget. She eventually forced to visit Ki-joon's office by his father, and decide to find her first love, who she has barely has a memory left. "Do I have to follow your every step? Even quitting my current job?" "When the information is poor, at least your passion shouldn't be poor." Suh Ji-woo become the first client of 'First Love Office' but all she know about her first love is the name, Kim Jong-wook. To complete his company's first request successfully, Ki-joon does his best to find 'Kim Jong-wook but Ji-woo is getting tired of his precisionism and too much paasion. He eventually planning a trip to find Kim Jong-wook, who lives in many parts of Korea (since there are so many people named as Kim Jong-wook), and he want Ji-woo to accompany him for this trip...