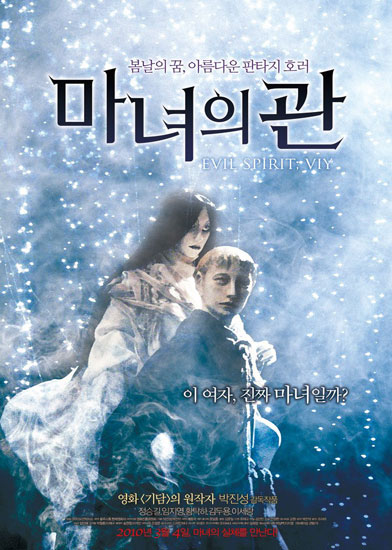 Director Jinsung Parks independent film tells a story about a witch seeking revenge on a male seminary student who wrongfully killed her. The three shorts that make up the film each provide a different interpretation of Russian writer Nikolai Gogols short story Epitaph. The first act is a film within a film and begins with a director (Jeong Seung-gil) trying to reinterpret Gogols story who is drawn to an ingenue (Lim Ji-yeong) hired to play the witch. The second act is filmed in the style of a stage play and is more light-hearted than the first. The final act uses puppet theater.