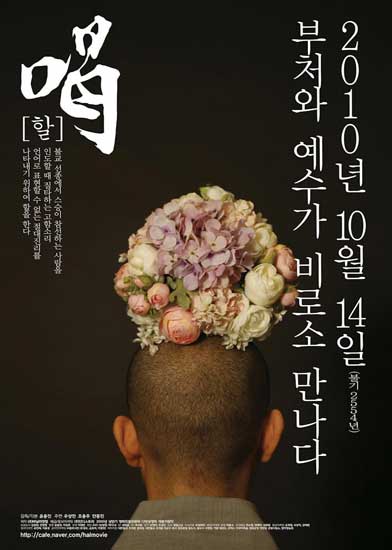 Orphans Woo-cheon and Michael have lived in the orphanage like brothers. Michael becomes a Catholic priest, and Woo-cheon becomes a Buddhist monk. Woo-cheon goes on a 2-day journey and reaches enlightenment and meets Michael again. Production Note: "Hal" is a word that a Buddhist teacher uses to scold a student so that the student can reach enlightenment. It is read as "kal" but pronounced as "hal".