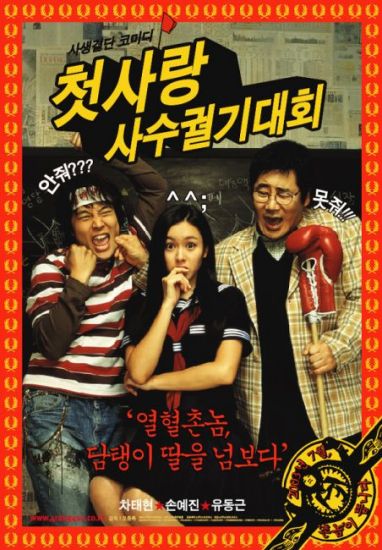 SON Tae-il (CHA Tae-hyun) is a super problem child of Kang High. He has an incredible IQ of 148, but, unfortunately, he's only interested in marrying his first love Il-mae's (SON Ye-jin). When Tae-il demands marriage with Il-mae's and strays farther away from school, Young-dal (YOO Dong-geun) and Il-mae come up with a proposal to 'bring Tae-il back to the right track.' He openly declares that he would allow Tae-il to marry his daughter II-mae if he could raise his rank up to top 3, 000 nationwide from his current status of 300,000.

Tae-il accepts the ridiculous proposal without a second thought. And 2 years later, he does pull up his rank up top 3,000 nationwide and is admitted to the Law School of Seoul National University. However, fooled by Young-dal's skillfully touching, performance, incorporating tears and snots, Tae-il's gets softhearted and promises Young-dal that he'll keep Il-mae 'pure' until he passes the judicial examination. A man's words weigh and worth as much as thousand gold! From then on, Tae-il's ultimate mission is to protect Il-mae from all the sleaze balls who approach her.

Tae-il's new job as Il-mae's personal bodyguard has begun. However, his double-duty of studying for the judicial examination and monitoring Il-mae's whereabouts is keeping him awake 24-7. On the other hand, Il-mae, who wants to enjoy her college life and date boys, gets frustrated watching Tae-il's who only focuses on his study and even rejects Il-mae's approach to kiss him. What she doesn't realize is that he's doing all this to be with her.

After countless night of no sleep and nosebleed, Tae-il's finally passes the 1st level judicial examination. However, at his congratulatory party, Il-mae drops the bomb by confessing her love for another man. Tae-il can't believe his ears. Can this be really happening? Will Tae-il be able to regain and keep his first love.?