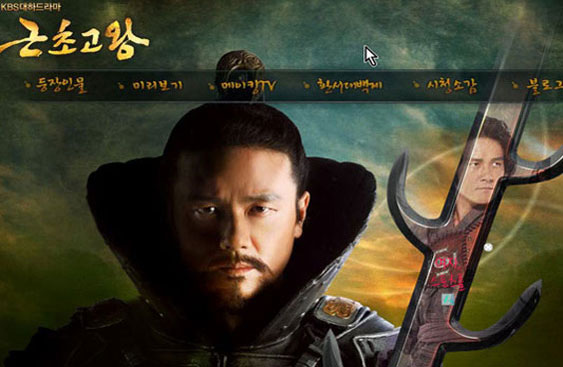 Also known as: The King of Legend

The story of King Geunchogo, warrior king of Baekje. Under his reign, the kingdom experienced its glory days, with military conquests that saw him controlling most of the Korean peninsula and a subsequent enhancement of political power that reached its greatest height in Baekje's history.

Do you know about King Geunchogo? People who have climbed Mt. Baekdu say they feel angry. The sacred mountain of the Korean people is divided in half -- one half called Mt. Jangbaek belongs to China. China's historical distortions, as evidenced by such, is nothing new. History as recorded by the Chinese is thoroughly distorted from the winner's perspective and Korea has been a victim of this tyranny for at least 1,500 years.

Then why is China bent on distorting Korean history? Is it because of the tomb tablet of the Korean king Gwanggaeto the Great located in Jilin Province? Who is the king mentioned in the Chinese record that says, "A king has come from Baekje (a Korean dynasty)."

This king is not Gwanggaeto but Baekje's King Geunchogo, who seized and ruled a Chinese region at least 60 years ahead of Gwanggaeto.

KBS drama, King Geunchogo, which is based on the novel "Resentment of Continent" by Lee Moon Yul is getting a lots of interest from viewers these days. Mix of historical facts and dramatic fiction of royal succession of Baekje and war for the territorial expansion and conflicting destined love, all these element are inducing viewers' curiosity and imagination. Japanese history book claims that King Geunchogo is the second son of King Bilyoo. In the drama, King Geunchoigo is described as the fourth son of King Bilyoo. King Geunchogo took the throne back from King Gye, 12th King of Baekje in the power struggle between factions and accomplished Baekje's restoration.

An era of King Geunchogo is the period of prosperity for economy, political power even in the culture. He killed King Gogookwon of Goguryeo in the Pyungyangsung Battle and took the possesion of the land from Goguryeo. He also expanded Baekje's land territory to the Jolla Area in the south. For the land territory, King Geunchogo's era is accounted as the largest since the founding of Baekje. He also entered in the providence of China Liao, installed Baekjegoon there and made Baekje the center of the trade by securing the sea routes.

This is a quote that King Bilyoo told his son, Yugoo (King Geunchogo) when he decides to make his fourth son to be next king even though his first son was prepared to be a next king for a long time.