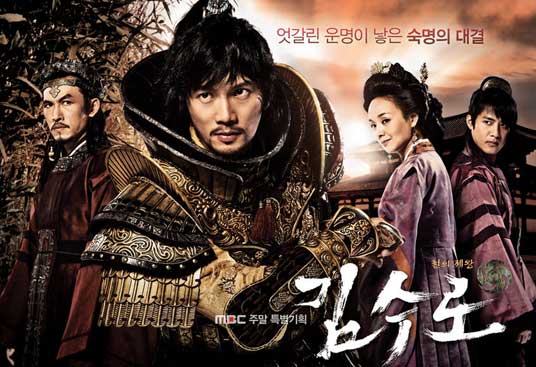 This drama charts the life of Kim Soo Ro, the legendary founder of the city-state of Geumgwan Gaya during the Three Kingdoms Period.

The traditional epic series, a 20 billion won blockbuster also starring noted actors Yoo Oh-seong and Bae Jong-ok, is set to air in late May after "A Man Called God" finishes its run.

Korean actor Ko Joo-won will be playing the role of King Ijinashi, the first king of state Daegaya, a major chiefdom of the Gaya confederacy during the Korean Three Kingdoms period. Ijinashi was in constant battle against King Su-ro, the founder and ruler of the state of Geumgwan Gaya in the 5th century, to be played by actor Ji Seong.

Ga-ya developed economy and culture through iron civilization and sea trade. This drama tells the story of the birth of the nation and the life of Kim Soo Ro, the leader.