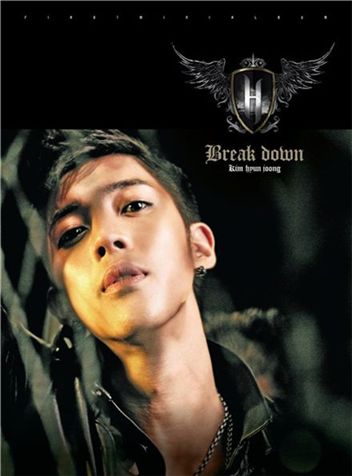 Kim became the winner of the program with "Break Down," the title track to his first solo mini-album of the same name, which has sold over 100,000 copies in less than three weeks of its release earlier this month.

"I want to say how sorry I am for those who have worked hard for and got hurt in the process of making of this album," said Kim in his acceptance speech.

"Break Down," featuring singer Double K, is a powerful south urban-style dance number, composed by Steven Lee who worked with several J-pop stars such as V6 and KAT-TUN in the past.

This is also the song's second consecutive win on Mnet and his third win in total when combining his previous win on KBS' "Music Bank" last Friday.