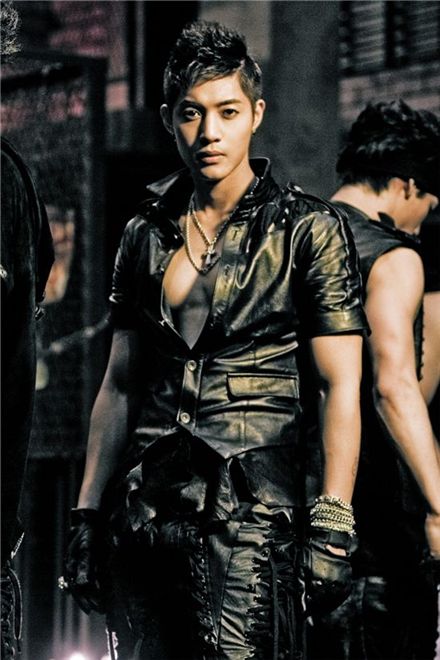 
Singer Kim Hyun-joong and girl group f(x) were named the champions of two live music programs aired over the weekend.

Kim marked his second consecutive win on Friday's KBS show "Music Bank" with "Break Down," the title track to his first solo mini-album released early this month, which is a powerful south urban-style dance number with a featuring by singer Double K.

This is also the song's fourth win in total, combining its two other victories on music cable channel Mnet's live music show "M! CountDown" which was aired last week.

"I would like to thank my agency and my fans... and someone else that I always forgot to mention in my acceptance speech" said Kim referring to his parents at the show last Friday and called out loud, "Thank you!"

Kim, keeping his promise with his fans, then performed the 'baby gorilla dance' for his encore performance which is originally a dance routine to girl group Secret's latest song "Starlight Moonlight" which ranked No. 2 on the K-Pop chart that day.

Separately, five-member girl group f(x) rejoiced over their first win with their latest song "Hot Summer" on Sunday's SBS program "Inkigayo," which is the title track to their first repackaged album released two weeks ago.

"Hot Summer" whose lyrics is about how to enjoy the hot season, is an electronica pop dance number with strong beat and powerful sounds of the synthesizer.

When the winner was announced, the members of f(x) rushed to the stage with glee, saying their thanks to their agency and their fans. Member Luna shed a tears during their encore performance.

Kin Hyun-joong and Heo Young-saeng sang "TWIST KING," IU and Luna from f(x) sang "Festival," Wheesung and G.NA and "In Summer," and MBLAQ, "Kkung Ttari Shabara" among others. 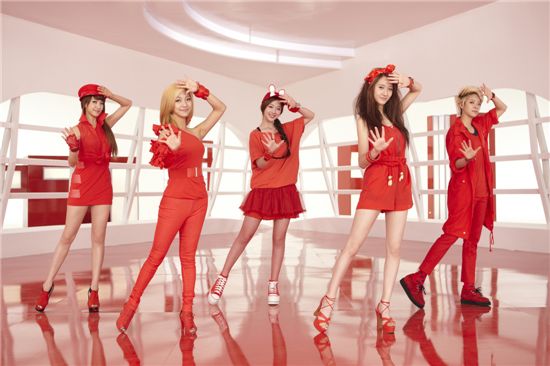