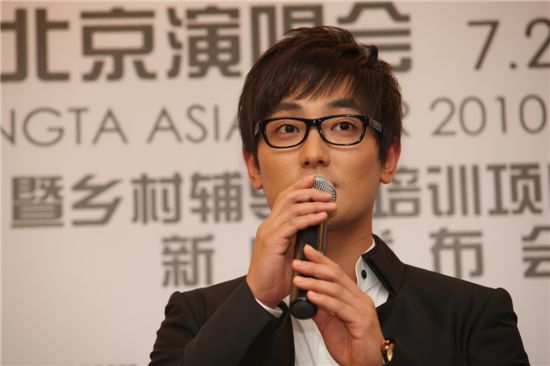 
Korean singer Kangta has said that he wants his former boy band H.O.T. to reunite next year, according to his agency SM Entertainment.

The singer made the remark in China last Thursday at a press conference for his upcoming concert in Beijing, drawing talks of a reunion.

However, an official at SM explained on Friday that Kangta made such comment because his H.O.T. bandmates Tony An and Lee Jae-won will be discharged from the Korean military next year but said "nothing has been set."

H.O.T., which stands for 'High-five Of Teenagers,' became one of the most popular K-pop acts in Korea and throughout Asia as well. They released five studio albums, two live albums and two greatest hits records before disbanding in 2001.

Kangta embarked on a solo career after the group broke up, releasing several solo albums and collaborating with other singers including a pop duo act with popular Taiwanese singer Vanessa Wu in 2006.

He will be giving a concert in China on July 24 and donating one million Yuan to the Chinese government for charity.