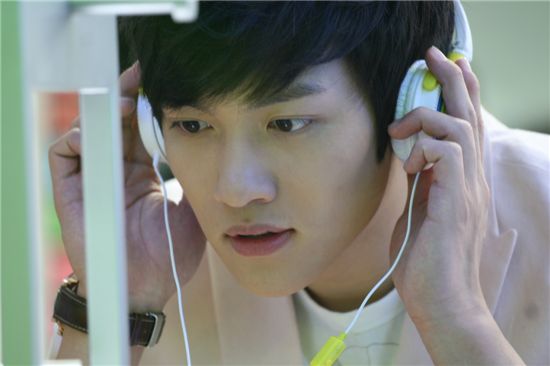 
KBS daily drama "Smile Again" stayed atop the weekly TV chart for the sixth consecutive time, according to the reports by two major media research companies on Monday.

Data by Total National Multimedia Research's (TNmS) chart released today showed that "Smile Again," starring Ji Chang-wook, Do Ji-won and Oh Ji-eun, scored an average viewership rating of 35.4 percent to remain at No. 1 on the weekly chart but point to a sharp 3.2 percent drop from the previous week.

The same drama however showed a steady rating from the previous week on AGB Nielsen Media Research's (AGB) poll, marking an average viewership rating of 37.5 percent to reveal a slight 0.2 percent drop.

Last week's episodes had Mrs. Kim Mal-seon (Jung Young-sook) the old mistress of Hotel Camellia collapsing and taken to the hospital at the news that her long-lost daughter may already be dead.

Dong-hae (Ji) and Anna (Do) pay her a visit while Kim Joon (Kang Suk-woo) finds out that the adoption agency gave out a wrong information.

Second on the latest weekly chart was KBS 9 o'clock News which climbed from third to second place with an average viewership rating of 21.8 percent, the figure about 0.8 percent rise from the previous week according to TNmS' data.

SBS primetime drama "Sign" took the third place after scoring an average viewership rating of 21 percent, which is a 2.4 percent improvement in figures from last week.