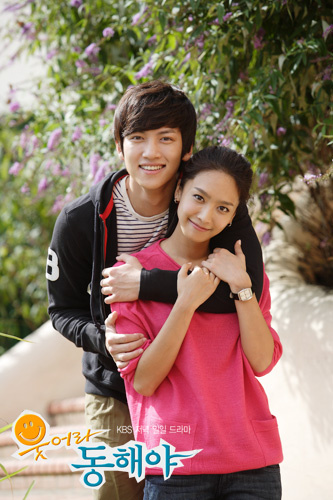 
KBS' family drama "Smile Again" stayed atop the weekly TV charts for the fourth week, according to the surveys by two TV ratings charts during the week of January 17 to 23.

The same program also ranked on top of AGB Nielsen Media Research's (AGB) poll with a mean rating of a slightly higher 33.2 percent.

"Smile Again," a daily drama starring Ji Chang-wook, Do Ji-won and Oh Ji-eun, is about the life and love of hotel cook Dong-hae who struggles to make ends meet while looking for his lost father.

Last week's episodes showed worsened conflicts between the main characters as Dong-hae's mother Anna realizes that Dong-hae's father whom she has been looking for, already has a family of his own.

The South Korea versus India match at the 2011 Asian Cup in Qatar which the Korean team won 4-1, posted a viewership rating of 21.6 percent, thus coming in at No.2 on TNmS' poll.

Slightly trailing behind was KBS' weekend drama "My Love My Family," which posted an average viewership rating of 21.5 percent on the same survey.

"My Love," starring Song Jae-ho, Sunwoo Yong-nyeo, Lee Jae-ryong, Park Joo-mee, is about the life and love of a large family composed of old parents, four siblings and their spouses who learn to appreciate each other for who they are.

Meanwhile, AGB's survey placed variety program "Happy Sunday" on second place with a viewership rating of 25 percent and the AFC South Korea-India match on third with a mark of 24 percent.

Other programs that appeared on top 10 list for both charts were: "KBS 9 o'clock News," " Gag Concert," Infinite Challenge, "World Changing Quiz" and "Flames and Desire."