KARA continues with activities in Japan 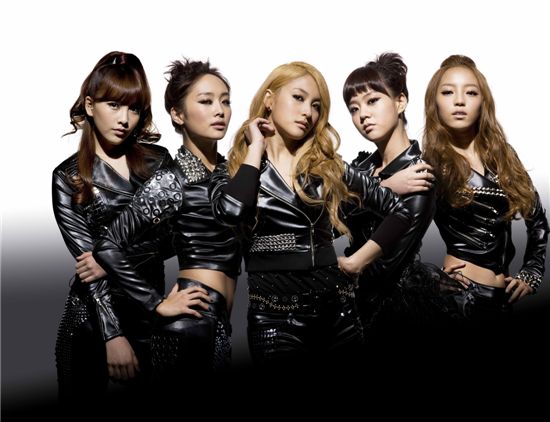 
Three members of girl band KARA, engulfed in dispute with their agency DSP Media, are continuing with their activities in Japan as a five-member group.

According to various Japanese media outlets including daily sports paper Sankei Sports, KARA, recently hired as the new faces for aesthetics brand TBC, shot advertisements and commercials which will be released to the public starting next month despite members Han Seung-yeon, Kang Ji-young and Nicole's ongoing trouble with DSP.

Sankei's report went onto say that the commercials and advertisements were shot before the current conflict emerged, and TBC was not sure of whether to show them due to the recent controversy the group is embroiled in, but they decided 'Now is the time to root for KARA, especially if we're thinking of their future.'

Advertisements are set to go up on some 200 billboards in seven cities throughout Japan starting February 1 and their televised commercials a day later.

KARA has been one of the most popular girl groups in Korea since making their debut with their first album "Blooming" in 2007. They have released several singles and albums containing their hits "Pretty Girl," "Wanna" and "Lupin."

The quintet then expanded their career to Japan in August last year after signing with Universal Music Sigma, a branch of Universal Music group, which too has been a success.

They were named best new artist of the year at the 25th annual Japan Gold Disc Award, have placed at No. 1 on the Oricon chart's listing for the most successful new artist of 2010, and Oricon also named them the most promising artist of 2011.

Han, Kang and Nicole however, announced last Wednesday that they will split from DSP for various reasons amounting to them having lost their trust in the agency but have said they want KARA to stay a five-member group.

DSP has been rebutting Landmark's claims, saying the group has been managed well and paid to their advantage.

The two parties met to negotiate yesterday but failed to see a breakthrough.