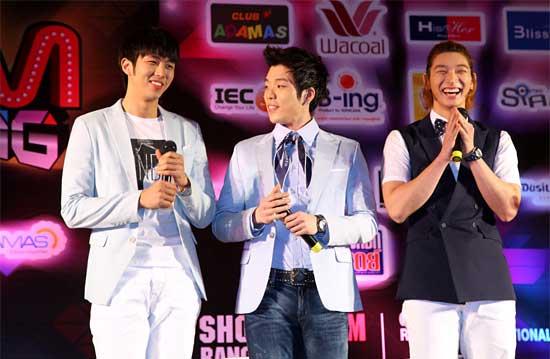 Cable music channel Mnet held a free concert on April 6 in Thailand with 18 K-pop idols headlining the show, according to a press release from the network on Wednesday.

A press conference attended by some 110 media outlets was held at the Dusit Thani Hotel in Thailand on Monday, a day ahead of the "ShowKing M in Bangkok" concert.

"This is my first time in the country and it's great to see the fans greet me with the posters. I will put on a great performance for them," singer Kim Tae-woo was quoted as saying.

The members of boy band 2AM explained, "We were excited to return to Thailand after our first visit last time because we wanted to bring the Korean music and culture to the country."

"The interest in Korean music has been increasing since the airing of "Mnet Countdown" in the country. Local viewers also enjoy KBS World, Arirang TV and anything in relation to the Korean wave," said an official at a Thai media company.

The "ShowKing M in Bangkok" concert will air on Mnet on April 20. 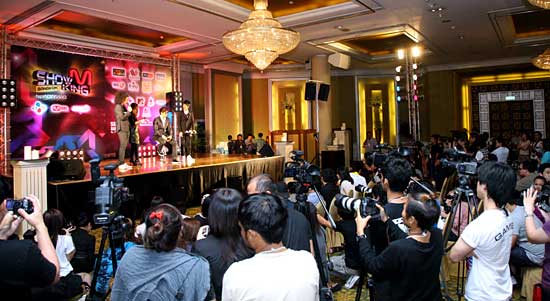