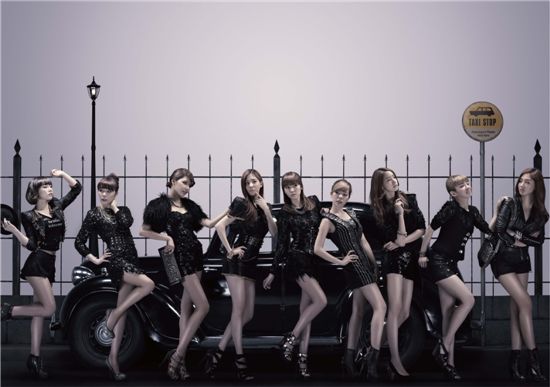 
Top Korean artists Girls' Generation, Super Junior, f(x), BEAST and CNBLUE have taken over the top five spots on a weekly music chart in Taiwan, according to Taiwan's G-Music on Monday.

The official website of G-Music revealed that under the chart's Tokyo List during the week of June 17 to 23, Girls' Generation's first full-length Japanese album "GIRLS' GENERATION" came in first followed by SM Entertainment labelmates Super Junior with their debut Japanese single "BONAMANA" in second place.

The weekly list further showed that f(x)'s "Hot Summer," BEAST's "Fiction and Fact" and CNBLUE's "Thank You" ranked sequentially from third to fifth place, surpassing popular Japanese girl group AKB48 who came in at No. 6.

Girls' Generation is known as one of the most popular female idols group in Korea and throughout Asia since making their debut in 2007. The girls have successfully expanded their singing career into Japan since August last year and will be releasing a new DVD series which will show of their travels in Phuket.

Super Junior, often referred among fans as "SuJu" in short, made their debut in late 2005 and known as one of the most popular boy bands in the world. The group has maintained their reign at the No. 1 spot on Taiwanese charts with "BONAMANA" for over a year and will premiere their "Super Show 3" in 3D format in theaters in Taiwan in August.

f(x), formed of members Victoria, Luna, Krystal, Amber and Sulli, made their debut in September 2009 with single "LA chA Ta." They have collected several wins with the title track "Hot Summer" from the repackaged version of their first full-length album.

BEAST have released a number of hit songs such as "SHOCK," "Soom" and "Beautiful" since making their debut in 2009. The six-member boy recently finished promoting their first full-length album and have resumed their activities in Japan.

CNBLUE, composed of members Jung Yong-hwa, Kang Min-hyuk, Lee Jung-shin and Lee Jong-hyun, have claimed the No. 1 spot in Taiwan with their special album last month. 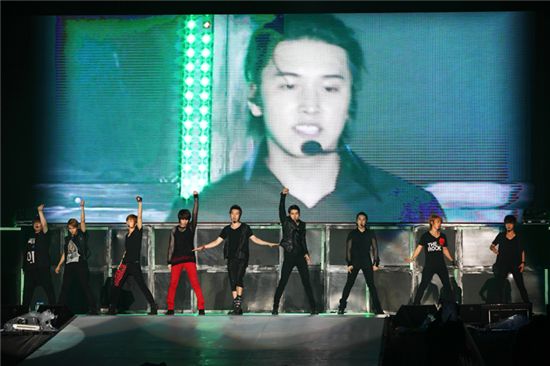