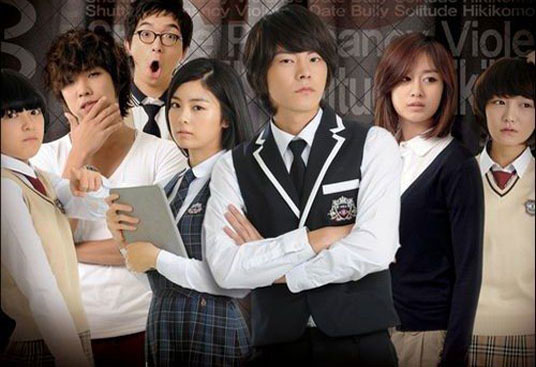 One female student, a top academic student at a prestigious high school, faces a mysterious death. Her boyfriend Minsu, who broke up with her just the day before, cannot believe she is dead. Strange speculations spread online and through text messages. Hosu tries to unravel her mysterious death with five friends and eventually discovers an extraordinary truth...

When a high school girl dies mysteriously, her friends decide to investigate the cause of her death. The second season has a similar focus to the first, dealing with current social issues faced by the youth both at school and beyond: friendships, familiy problems, pregnancy and educational corruption.

Program Aim: No more teen dramas with banal, unrealistic storylines! Here comes the real deal, an authentic teen drama portraying the reality of teen life. Like jungle fish swayed by winds and thrown into a small puddle in the jungle, teenagers are often trapped in the wrong place. This drama is for those struggling youth.

Series: Jungle Fish first featured as a pilot series in 2008 (Cast Park Bo-yeong, Kim Su-hyeon, Hwang Chan-seong). The drama was based on the real life story of an exam paper leak case at a high school in Korea. It won many international awards including the Peabody Awards and the ABU TV Youth grand prize.