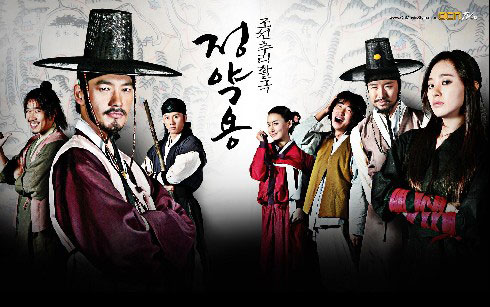 A legendary scholar from the Joseon Kingdom (1392-1910) is reborn as a charismatic detective through cable channel OCN's "Jeong Yak-yong".

The eight-episode television mini-series is aimed at attracting crime film and drama fans with colorful characters and a traditional backdrop.

"There are so many frightening things happening these days, and I wanted to portray them with traditional characters in a traditional backdrop", Kim Hong-sun, the director, said at a press conference Monday in central Seoul.

Jeong (1762-1836) was a successful scholar and an avid believer of practical learning. He also worked as a royal commissioner and wrote numerous reports of cases he worked on during his term.

The 45-minute-long episodes will show various cases, including theft, adultery and even murder, with handsome Park Jae-jeong playing the role of the smart and dynamic Jeong, the "Sherlock Holmes of the Joseon Kingdom".